SOLAR SYSTEM FAMILY-FACTS ABOUT PLUTO, THE KUIPER BELT OBJECTS, AND SOME TRANS-NEPTUNIAN OBJECTS 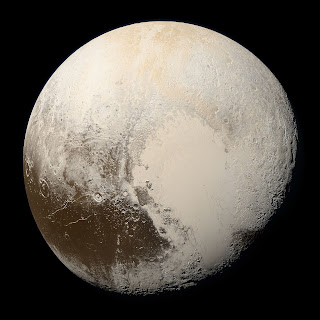 For a long time, the farthest member of our solar system family struggled between being a planet and a proto-planet. When Pluto was observed for the first time, astronomers decided to call it a planet based on primary measurements. But with subsequent observations, more and more planetary objects were discovered in its neighbourhood, which later came to be known as the Kuiper Belt. After 1990s, Pluto's status changed to a dwarf planet due to its similarity with the newly discovered Kuiper Belt Objects. Thus in 2006, the International Astronomical Union modified their former definitions of a planet, thereby permanently reclassifying Pluto as a dwarf planet.
Post a Comment
Read more 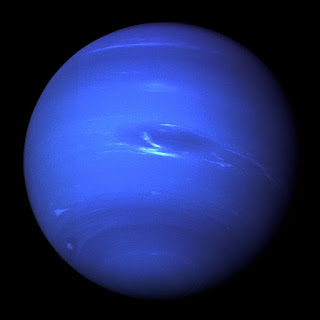 With the continuous evolution of astronomical techniques, we have come to know that our solar system is a family of eight major planets with their natural satellites, followed by hundreds of thousands of minor planets, asteroids and comets. Before the invention of telescope by Galileo, the early astronomers could only see the five planets from Mercury to Saturn. It was not until very recently we found that our solar system is much larger than previous estimates. By the mid 17th century, astronomers already observed the five known planets with the help of their telescopes. And something told them that there were more things out there. And finally, by mid 19th century, after the discovery of Uranus, another planet named Neptune joined the list.
Post a Comment
Read more 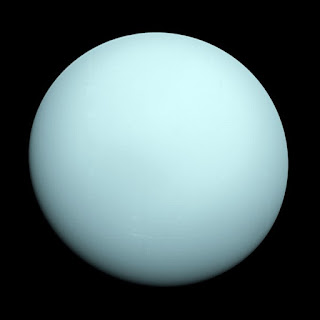 Our solar system is undoubtedly a unique place as each and every planet is totally different from the rest. Here we have Earth, which is in itself an alien world, and there is Jupiter, which could have transformed into a star if conditions were otherwise. Finally, there is Uranus who at some point in its past got kicked in the a** so hard that its rotational axis acquired a tilt of 97.77 degrees to the plane of the ecliptic. In absence of further collisions, this planet decided to settle as it is, so that we could feast our eyes upon a cyan coloured and a tilted planet.
Post a Comment
Read more

SOLAR SYSTEM FAMILY-FACTS ABOUT THE MAJOR MOONS OF SATURN 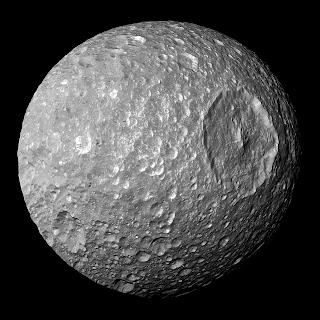 There is some visible competition among the planets in our solar system as every singe one of them is desperate to show their uniqueness. Thereby, instead of being the most beautiful planet with a dazzling set of rings, Saturn decided to outnumber others in terms of natural satellites. Some of its 82 confirmed moons are regular satellites with well-defined orbits, while others are captured objects, moonlets, or trojan bodies having highly irregular and inclined orbits. The Saturnian system is indeed a unique place for any interplanetary traveler, worlds like Mimas, Enceladus, Tethys, Dione, Rhea, Titan, Hyperion and Iapetus requires a special ticket.
Post a Comment
Read more

SOLAR SYSTEM FAMILY-FACTS ABOUT SATURN, THE JEWEL OF THE SOLAR SYSTEM

Saturn, with its dazzling set of circumferential rings, suspended against the black backdrop of interstellar space is undoubtedly the most beautiful planet in our solar system. Although, it may not be of particular interest to some alien species as there are a multitude of exotic worlds scattered throughout the billions of galaxies across the universe. In fact, every planet is quite unique; Venus has got temperatures high enough to melt lead, while on the other hand Earth is filled with a weird thing called 'life'. All in all, one glimpse at the jewel of our solar system can make anyone fall in love with astronomy.
Post a Comment
Read more 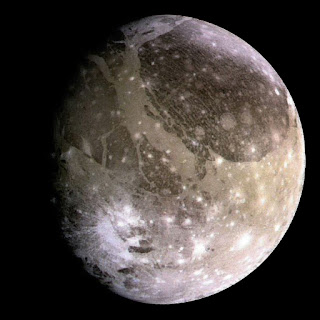 Galileo Galilei's discovery of the four Jovian moons in 1610 provided the greatest support in favour of the Copernican Heliocentric Model of our universe. Galileo's discovery was of particular importance because it showed that four celestial objects were in an orbit around a planet apart from Earth; which was completely unacceptable in those days. As of now, the mighty Jove has got some 79 known moons and counting, out of which the Galilean moons i.e., Io, Europa, Ganymede, and Callisto deserve special mention.
Post a Comment
Read more 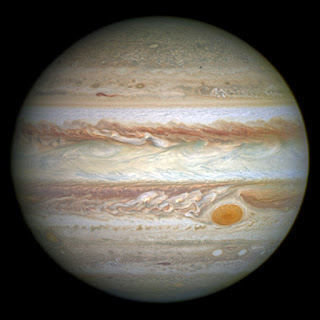 Among all the planets in our solar system, there is one who is itself a spectacle to behold. Its humongous size, intense gravity, numerous violent storms and a plethora of natural satellites, really makes it one of a kind. Back in 1610, when Galileo Galilei trained his telescope towards this bright celestial object, it revolutionized our understanding of the whole cosmos. The subsequent observation of a planet surrounded by four natural satellites, provided the greatest support in favour of the Copernican model of our universe. And thus, the mighty Jove or rather Jupiter paved the way for the beginning of a new chapter in the field of astronomy.
Post a Comment
Read more 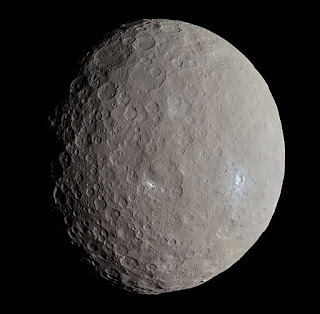 The asteroid belt consists of all types of irregular rocks from tiny bits and pieces of loose debris to considerably larger chunks. Among them, the largest asteroids viz., Ceres , Pallas , Hygiea and Vesta deserves special mention. These asteroids have also been designated as dwarf or minor planets account for nearly 40% of the belt's mass of which Ceres alone occupies nearly 25%. This article throws more light upon their individual characteristics and certain interesting features. However, the story behind their discovery has already been mentioned in the following article- Facts About The Asteroid Belt .  The Largest Object, Ceres: Since the day of its discovery in 1801, up to recent times there have been a widespread disagreement among the scientific community about its classification as an asteroid or a planet. As per the earlier definitions provided by the International Astronomical Union(IAU) a planet must be a celestial body with sufficient mass for its self-gravity to ove
Post a Comment
Read more 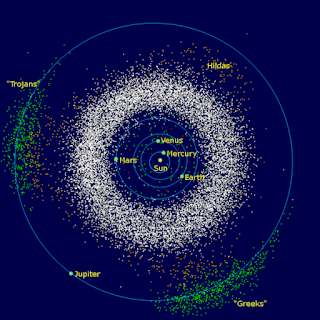 The space between Mars and Jupiter is occupied by numerous irregularly shaped objects that are hundreds of magnitudes smaller than the smallest planet, Mercury. These objects form a torus shaped belt, called the ''Asteroid Belt''  or specifically, the ''Main Asteroid Belt''. In short, the asteroid belt is a region of rocky bodies(also called planetoids) which never got the chance to fully develop into planets and thereby settled as relics of the violent collisions that created all the major objects of our Solar System.
Post a Comment
Read more

SOLAR SYSTEM FAMILY-FACTS ABOUT THE MOONS OF MARS 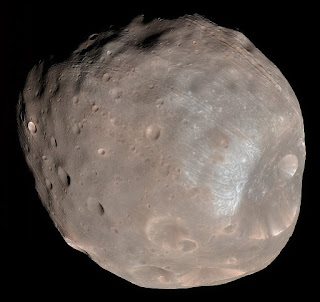 Mars has got the most bizarre pair of natural satellites in our solar system. And for a long time, these extremely tiny moons were hidden from the eyes of man. As a result, many astronomers questioned their existence. But after a painstaking search, one astronomer called Asaph Hall finally discovered the moons in the month of August, 1877. The two Martian moons were named Phobos and Deimos, after the twin sons of Ares-the Greek god of war.
Post a Comment
Read more The gradual rise of modern civilizations meant frequent territorial conflicts, as mighty conquistadors tried to bring the whole wide world under their control. It can be assumed that during those times man felt a desperate need for a god of war or conflicts, whom they could worship and in His name continue their plunder. Thus, a red star like object( Planet Mars ), which our early ancestors saw as blood, soon became a god associated with war, conflict, pillage and the long cherished masculinity.
Post a Comment
Read more

SOLAR SYSTEM FAMILY-FACTS ABOUT THE MOON, OUR LITTLE CELESTIAL NEIGHBOUR 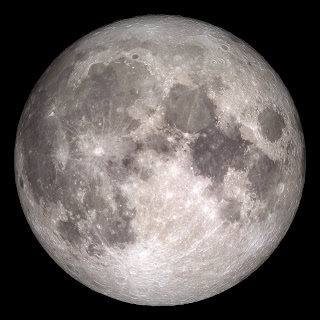 Although, mankind have succeeded in obscuring the stars under a blanket of artificial light and smog, the moon always finds some way or the other to catch our depleting sense of admiration. Those who have walked a lonely path under a full moon can surely feel the intoxicating nature of our celestial companion. Just like the Sun, our moon, sometimes called Luna has stood witness to the whole journey of man's evolution from chimps. It was under this moon where our ancestors told and retold stories about the valour of heroes and gods when they slayed their demons. The night sky came alive with mythological beings, and with time, man became capable of exploring the sky and beyond. And finally the whole of mankind conquered the lunar soil when Neil Armstrong set his foot for the first time in 1969.
Post a Comment
Read more 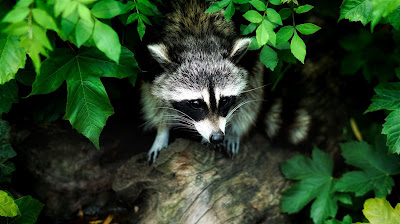 Earth  is probably the only planet in our wide universe that speaks of something called 'life'.  In spite of the fact that our universe is a place with infinite possibilities, it is Earth, whose surface is teeming with myriad species of flora and fauna. It is also here, where a species(who call themselves ' men ') fought thousands of intellectual battles over the obvious shape of their home planet. Even today, after widespread scientific advancements there are some souls who still believe that the Earth is a flat land, placed above a giant tortoise, and has been created by a very special being, particularly for 'man '. But, science on the other hand aims to give explanations of the various natural phenomena, and is always open to questions, challenges and new ideas. Come, my fellow travelers, let's settle down and enlighten ourselves with certain facts about our home-  The  Planet Earth.
Post a Comment
Read more 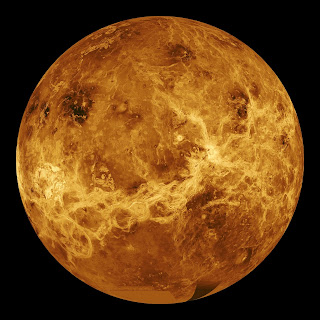 Our ancestors were perhaps bewildered to see an extremely bright star just after sundown or before sunrise. Being the second brightest object in the night sky, succeeding the moon, this star-like object was capable of casting shadows on a moonless night. Probably because of its brightness, this star(actually a planet) was named after Venus-the goddess of love, beauty and intense passion, occupying the human hearts through generations of philosophy, art, literature and science. Though Venus represents beauty and fertility, but in reality this planet is actually analogous to hell, filled with toxic clouds of sulfur dioxide gas and extreme heat.
Post a Comment
Read more 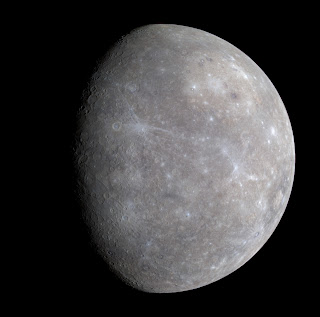 Compared to modern times, the people of ancient civilizations had enough leisure to gaze upon the night sky. The awe inspiring sky became the abode of gods, goddesses, and mythological beings, as thousands of twinkling blips of bright and faint light adorned the heavenly realm. Although the twinkling stars remained unchanged for generations, among them, there were some who always ran away. These wandering dots came to be known by the Greeks as  ''ASTERES PLANETAI'' (wandering stars) or commonly, planets. In spite of our solar system being a family of eight planets- Mercury, Venus, Earth, Mars, Jupiter, Saturn, Uranus, and Neptune, the ancients saw only the first five(excluding Earth).
2 comments
Read more
More posts

Beacon Of Light
Have an interest in mysteries of the natural world, secrets off the universe and probably how all stuff works. I'm an intergalactic traveller in this cosmic ocean. Also I'm pretty concerned about the future of our planet and its environmental degradation.